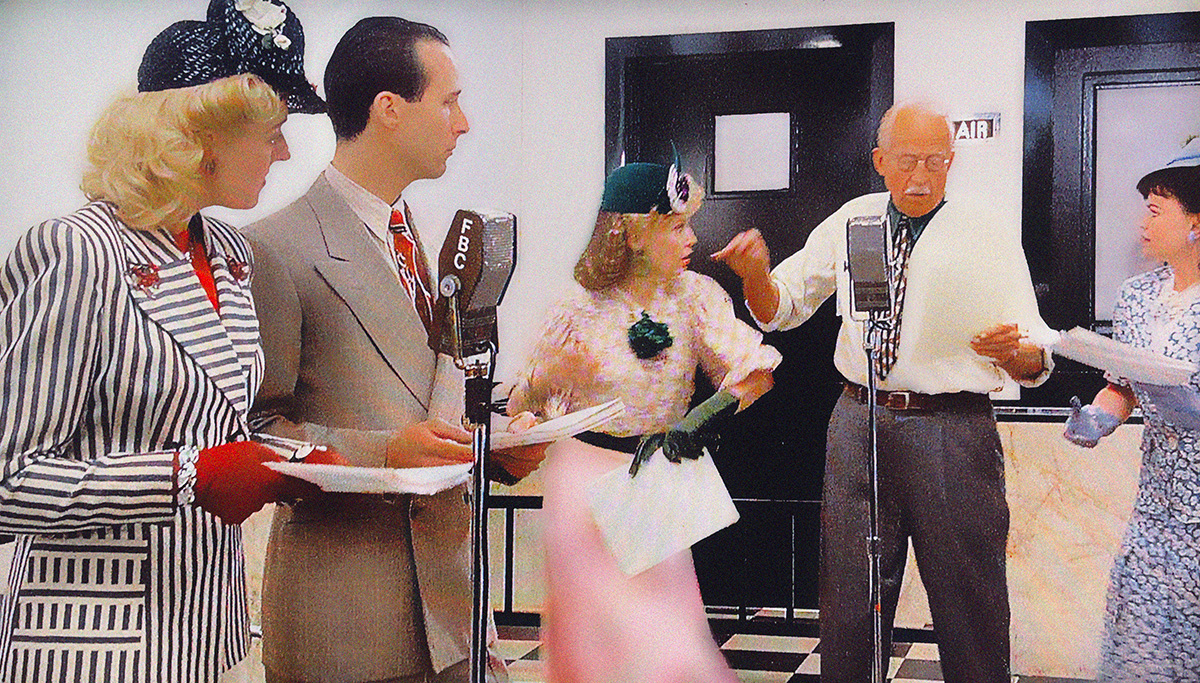 In the Woody Allen film, “Radio Days” (1986), Mia Farrow plays a scatterbrained cigarette girl who yearns to be on the radio, circa 1941. Just as she gets her first big break and is about to utter her first line, the Pearl Harbor attack interrupts the broadcast and she misses her opportunity. As all the actors rush out of the studio, Farrow’s character asks with total innocence, “Aren’t we going to do the show? What do we do now? Come back Monday? Who is Pearl Harbor?!?” Eighty-one years later, there are probably those who ask the same question…or at least have no idea of the significance of what happened in Hawaii on December 7, 1941. Today, visitors can take a boat to the U.S.S. Arizona Memorial, which was built over the sunken battleship where more than 900 bodies were unable to be recovered. As eloquently put on the wwiifoundation website:

But the USS Arizona was more than just a battleship. Her oil tears still leaked from below. Tears of those who never lived a full life. Never had kids or grandkids who would sit on their lap. Many would never be married. Many would never live to see their full potential. 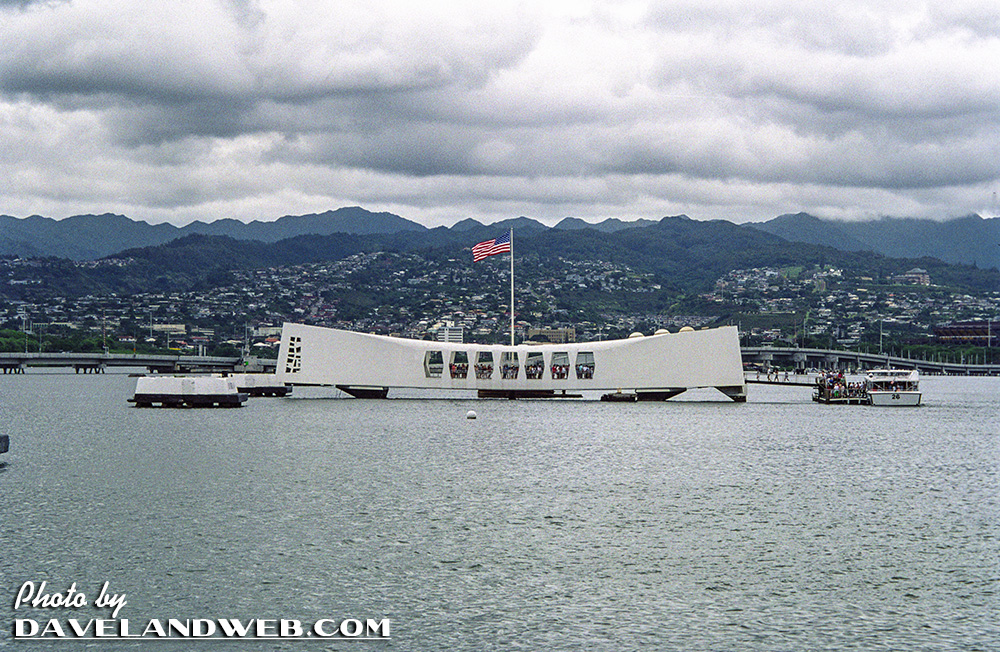 Little known fact: it was Elvis Presley who helped make this monument a reality. The fundraising campaign began well, but was still short of the goal. Elvis performed a benefit concert at Bloch Arena in 1961 (while filming “Blue Hawaii”) and raised more than $60,000 towards completing the monument. Even more importantly, Elvis’ concert helped increase the awareness of the memorial fund, which made possible the May 30, 1962 dedication. 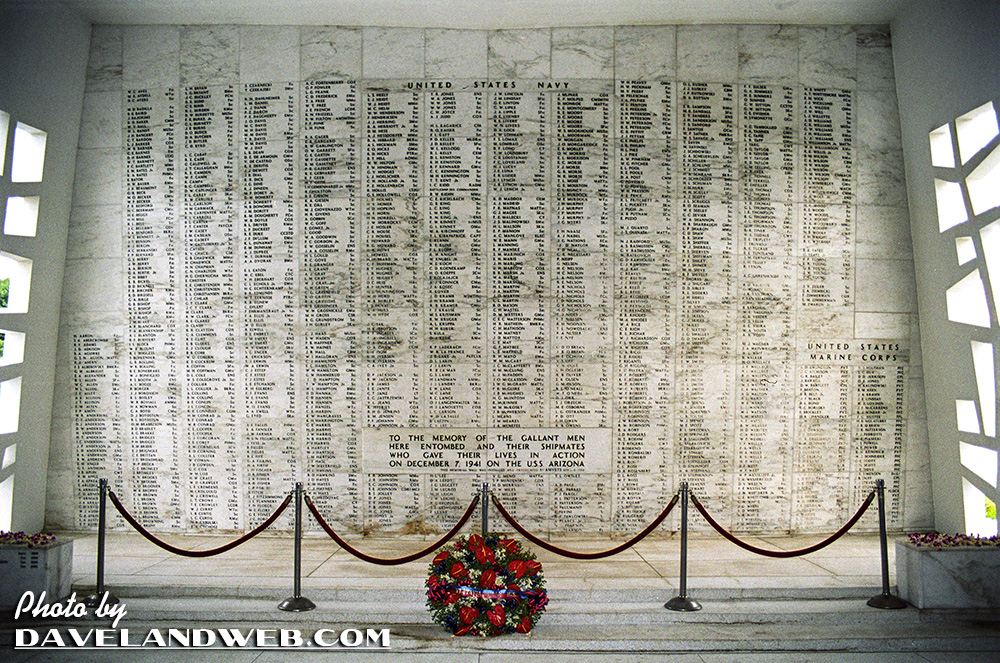 The Visitor Center is where tourists begin their journey to get to the Monument. 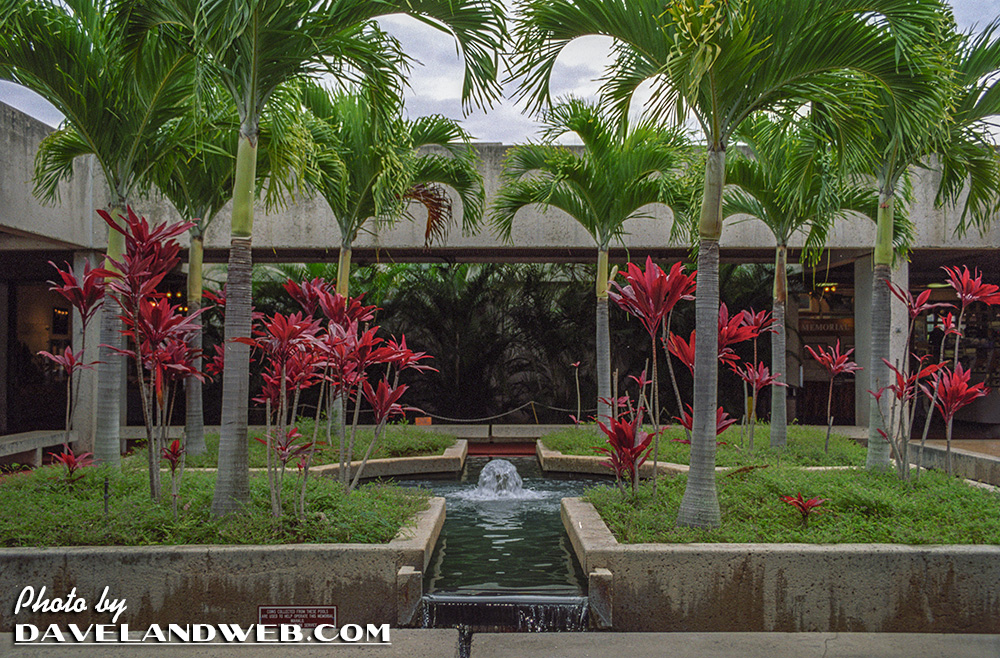 Inside you can see the bell recovered from the U.S.S. Arizona after the attack. A similar bell was removed from the ship a year earlier and resides at the University of Arizona, Tucson. 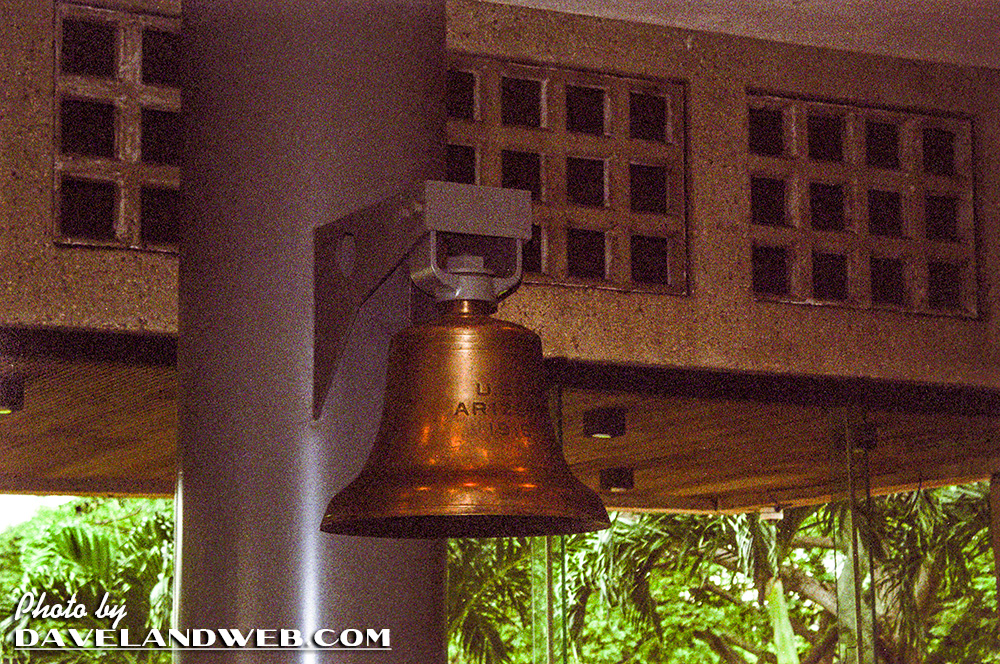 The highlight of the visitor center was being able to hear the stories told by Everett Hyland, who was a crew member of the battleship U.S.S. Pennsylvania. He immediately reported to his battle station when the attack began. In writing this post, I learned that the veteran passed away July 24, 2019. 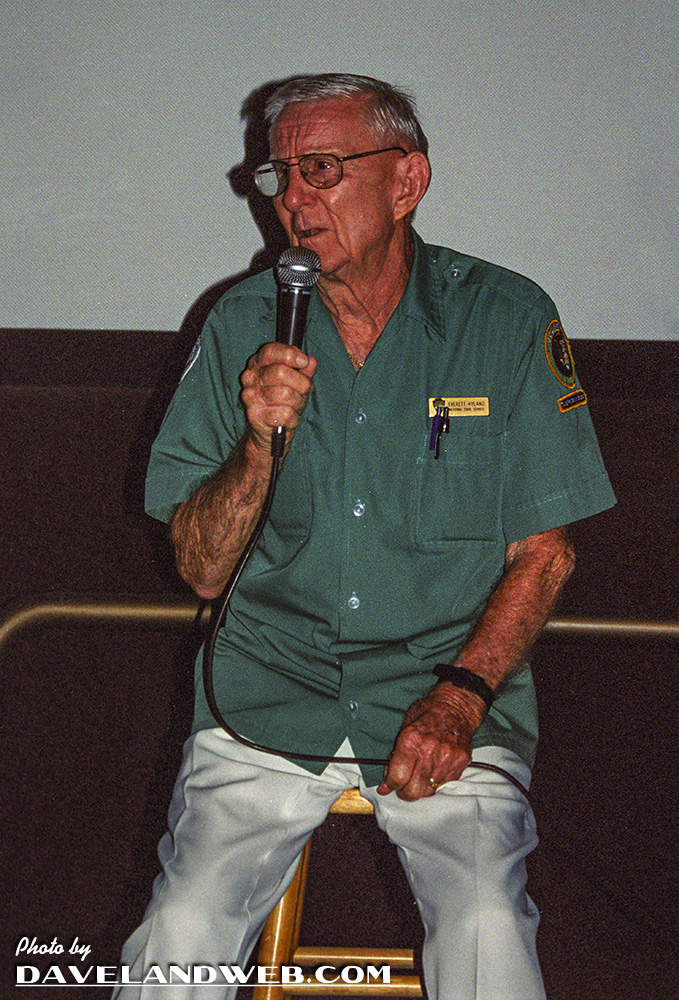 “If we ever go to war, the last place in the world I wanted to be trapped was down in the bowels of the ship,” the longtime Honolulu resident said in a Navy interview. “I wanted to be top side, so if something happened, I could get off it. So I volunteered for antenna repair squad. I was with the radio division.” When general quarters sounded, he realized there was nothing to be done at his battle station, so he and others began collecting ammo for a 3-inch 50-caliber anti-aircraft gun. The “Pennsy” was in Drydock No. 1 at the time. “We took one hit. The one that hit our ship just happened to be where we were,” Hyland recalled. The 18-year-old was so badly wounded by the aerial bomb that his own friends did not recognize him, the park service said. Flash burns covered his body. He had an ankle wound, a chipped bone in his right leg, his right hand was ripped open, he had a bullet hole through his right thigh, five pieces of shrapnel in his left leg, a chunk blown out of his left thigh — among other injuries. He spent nine months in recovery, and then went back to sea, the park service said. Since 1995, Hyland had volunteered at the visitor center weekly, sharing his story with visitors. “Uncle Ev” had a dry sense of humor and heard a lot of sea stories from the Dec. 7 attack but always “took great pride in telling what he knew and what he actually saw rather than enlarging the story,” said Daniel Martinez, chief historian for the Arizona Memorial.

Also nearby is the U.S.S. Missouri, which was the site of the surrender of the Empire of Japan, which ended World War II. 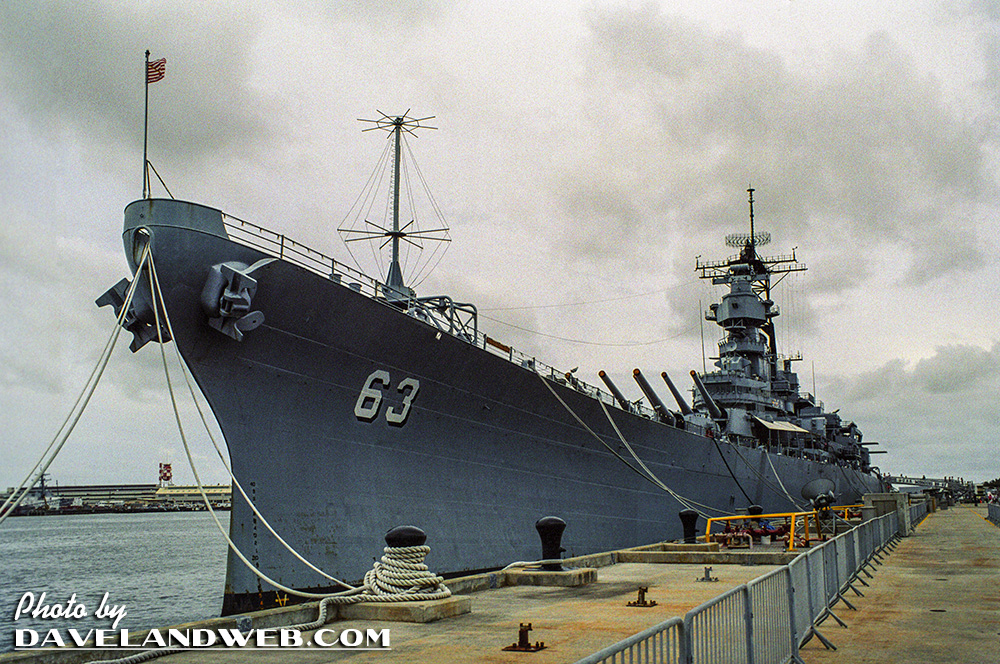 The plaque on the deck: 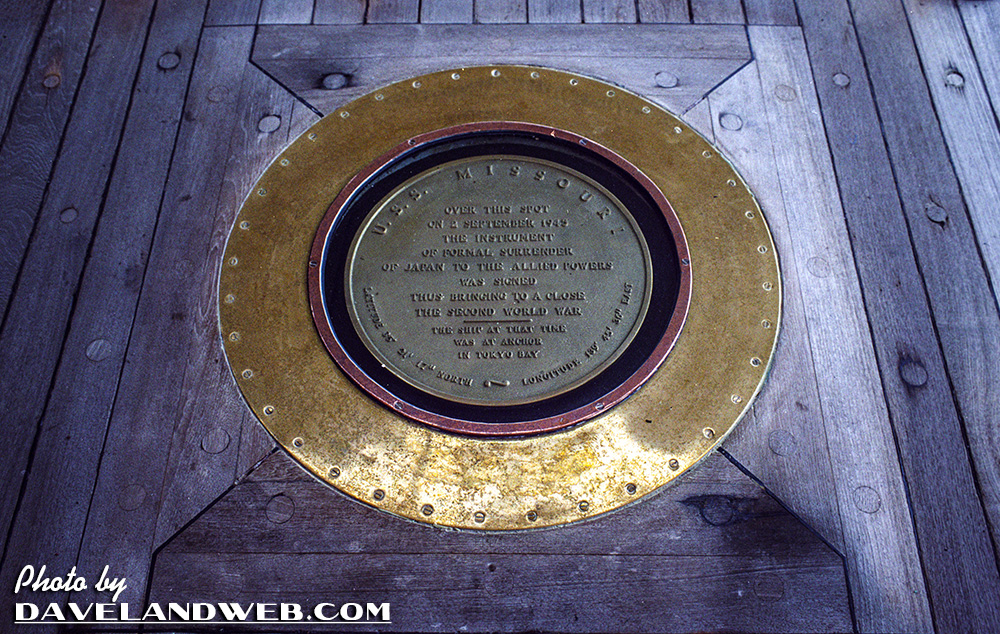 Just in case you need to see it closer: 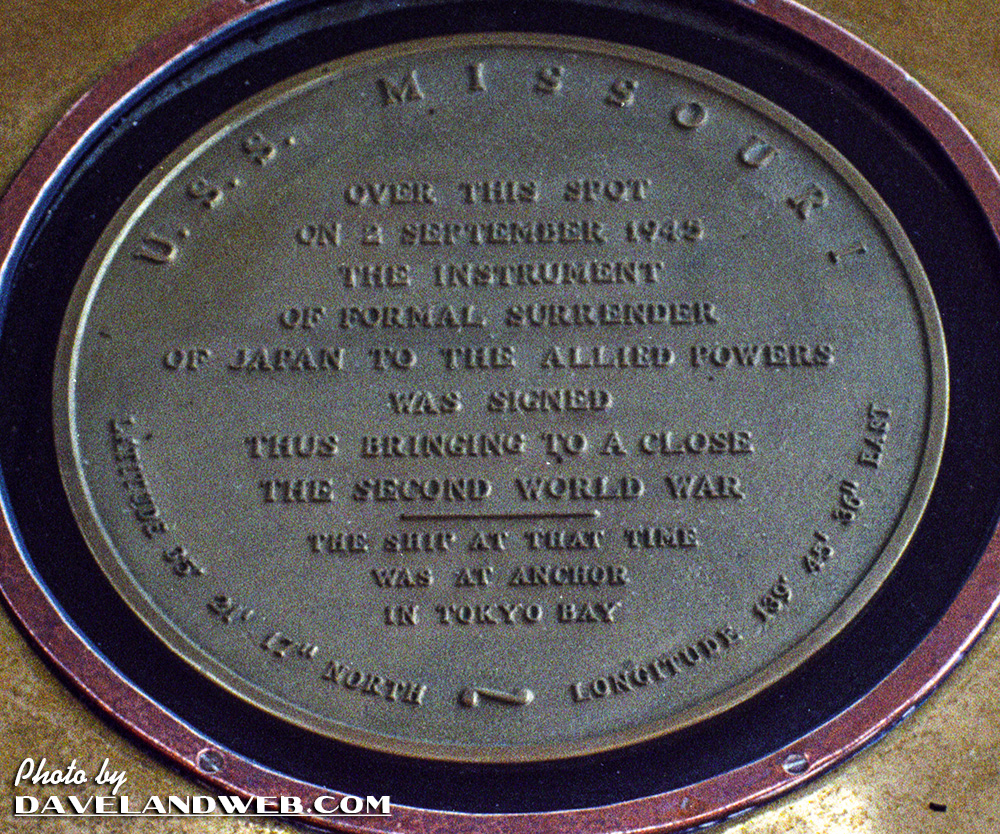 As we get further in time away from each of these historic events, the meaning and ramifications diminish over the years. It is difficult today to imagine how the bombing of Pearl Harbor rallied our nation together, especially now at a time when this country is so divided.